The Middle East and North Africa (MENA) region is the most water-scarce in the world. More than 60% of the people in these countries have little or no access to drinkable water. Climate change is threatening the Nile delta in Egypt, resulting in increased droughts, poor water quality and other challenges. How to solve these pressing water issues?

99 per cent of all historic cities in Egypt is still buried under desert sands. At least, this is what American archaeologist Sarah Parcak believes. In the 2001 BBC documentary 'Egypt's Lost Cities', she used satellite images to show traces of cities that have disappeared under a layer of river clay.

The cities were fed by rice from irrigated farming in the fertile Nile delta. But the natural balance between the water of the Nile, irrigation-based agriculture and the urban population is under pressure.

The Nile delta, the 'rice bowl' of Africa, provides two thirds of the food that Egypt needs to feed its 80 million inhabitants. Because of the population growth (experts expect 140 million inhabitants in 2050) and the water shortage, action needs to be taken quickly. This was the starting point for the architects from the Rotterdam-based firm of Atelier Kempe Thill, and the architects of baukuh and GRAU, who did research on urbanisation in the Nile delta in 2012.

Their project '900km Nile City' focused on a line of towns (comparable to the urban pattern of the Mekong Delta) between Aswan and Cairo, an important area for Egyptian agriculture, with an urban density of 2200 inhabitants per square kilometre.

That's a lot, compared to the Netherlands with almost 500 and the Mekong delta with over 400 inhabitants per square kilometre. But, as the architects observe, it lacks any form of urban infrastructure. Oliver Thill: "It is an endless repetition of rural villages that have grown together organically."

"We researched the possibilities of making better use of the area, and ways of preserving it for agricultural purposes. To do so, you have to look at the valley as one urban system." The Nile valley appears to be a city that doesn't want to be a city, or to put it differently: A city with two sides. On one side, the area is green, quiet and sparsely populated and on the other side it is extremely densely populated, colourful and hectic – an agricultural metropolis.

The government's response to the overpopulation is the construction of desert towns. However, researchers claim no one wants to live there, far from the delta. They are ghost towns, like New Sohaq, with 30,000 empty houses.

The architects' plan is to connect the existing small centres in the valley to the cities in the desert. They argue for a combination of centrally managed government projects, such as the construction of roads, and small-scale initiatives of the local people, such as the placement of water pumps, to divide the water equally among the people.

The adaptation to the water management system will have to prove itself in the near future. Ethiopia hopes to complete an enormous dam to generate power and stimulate the agriculture of the poor country. "Egypt and Sudan are relatively water-scarce countries that rely heavily on the water coming from Ethiopia," says Hermen Smit, researcher at IHE Delft Institute for Water Education. "Egypt is afraid to lose control over the Nile when Ethiopia will be in charge of the water flow."

"A fundamental difference between the Nile and the Mekong delta is that there is hardly any rainfall in the Nile delta," Smit explains. "Therefore, agriculture in Egypt is completely dependent on irrigation.' To control the water supply – and to retain water for a longer time in periods of drought – the Egyptians built the Aswan High Dam in 1970. The reservoir can provide Egypt with enough water for two years."

This has two important consequences. 'The sediment stays behind in the reservoir, which means the delta no longer expands and farmers have to use more fertilizer. Moreover, flood irrigation is no longer possible, as the Nile no longer floods. Before, many Egyptian farmers used to irrigate their land during the flood by retaining some of the water on their land with small dams. Now, they all depend on a few people touching the buttons of the dam.'

The question is how a dam or irrigation system changes the city and the rural areas. Smit: "Thanks to the Aswan High Dam, there are no tidal waves in Egypt anymore. Consequently, people have moved closer to the river. The water flow of the Nile is strictly regulated and almost all the water is used: 80 percent for farming and 20 percent for industry and the city."

"As the Nile no longer floods, more water is needed to flush out salt that is carried by the irrigation water and end up in the soil. Disposing of the salt water in the Nile reduces the quality of the water. Industrial pollution and urbanisation further add to this problem."

"The Dutch knowledge of water management has a very good reputation in Egypt," Smit says. "The Netherlands want to export their knowledge about water. However, it is important to keep the local conditions in mind – not just in terms of water management, but also in terms of social and historical context. A farmer often has different views on water than someone developing a model that simulates the water flow."

And those farmers are of course needed to implement innovations in water management. Smit: "Exporting water knowledge is not primarily a technical matter, but a cultural matter that requires a great deal of time and money." 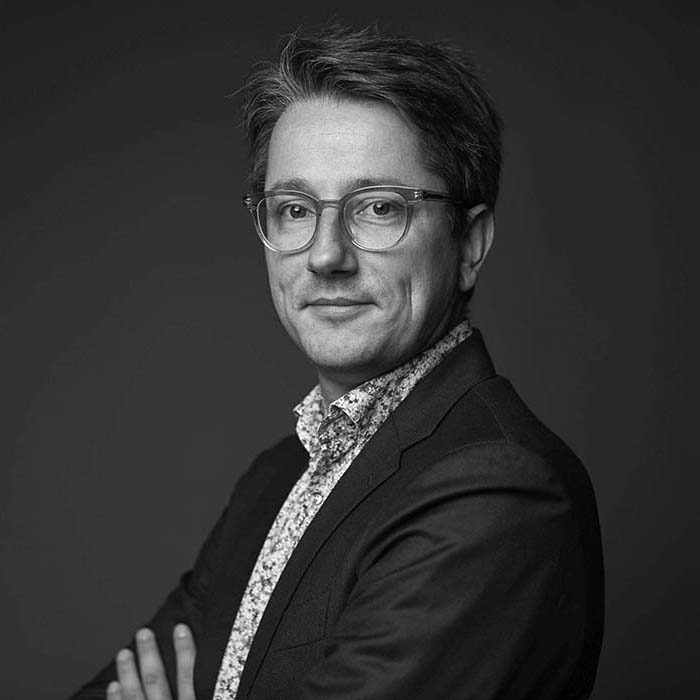 Joep is founder of Netherlands-based Nextblue.