Dozens killed and thousands displaced as monsoon rains destroy homes and livelihoods in Pakistan. Saiyna Bashir travelled through rural Sindh to see the impact of flooding on local communities.

On September 13, 2020, I travelled through rural Sindh in Pakistan, an area that is subject to annual monsoons. In the most recent flooding scores of villages have been destroyed and thousands left homeless. All along the motorway from the city of Badin I saw kilometres and kilometres of hastily erected shelters, with dispossessed families seeking shelter.

The conditions that I saw them living in, one could say that getting by in itself is a struggle for these communities. Women and children have to walk long distances to find clean water to drink, but many families have no choice but to drink from the dirty flood water which laps along the side of the motorway they now call home.

Most of these semi-nomadic villagers survive on subsistence farming. But many have lost all their cattle and crops. With winter approaching they have no means of survival and no way to rebuild their houses.

Those whose cattle did survive are doing all they can to keep the animals – their only source of food and income – alive by building them temporary shelters and sharing with them whatever clean water they have.

These communities face serious health risks living in appalling conditions. I saw children playing in the dirty floodwater, and women washing clothes and bathing their kids using the same. This is the case as there are not enough viable options and whatever clean water there is, is having to be rationed.

In the scorching heat of this region, insects can also be common and the prevalence of water means flies and mosquitos are everywhere, adding to the risk of disease for those who already have to live under the open skies and in conditions that have put their health at risk.

For some towns and villages, such as the ones in Mirpurkhas district, I had to travel by motorboats to reach the area. Villagers there told me that they hadn't seen any outsiders ever since the floods devastated their homes and that all their crops were now gone and possessions lost; no more houses, and nothing to eat.

All I could say to them at that time was "I'm sorry".

If they are left alone to fend for themselves, these communities may not able to make it. Their mud houses and fragile livelihoods as subsistence farmers cannot withstand this onslaught.

What has happened here can and must be tackled with urgency. The World Food Programme (WFP) has provided them with food rations — flour, pulses, cooking oil, and nutritious edibles for children to prevent malnutrition from setting in. But for these communities, in order to get back on their feet, they need more and sincere support in the coming months and perhaps even years.

The WFP has been distributing food to the affectees. At one such distribution site in Umerkot, I met families that had gathered to receive their pre-packaged food ration as the villagers are all affected by the recent floods and are in desperate need of help. One villager asked me "what will happen when this runs out? How can we rebuild our homes?"

This is not the story of this man alone. All dispossessed families along the side of the motorway don't know when they may be able to have a proper dwelling for themselves to move into.

The devastation is equally visible in an urban slum that I visited in the city of Karachi. Amidst damaged houses and roads, children were running around barefoot; mothers with babies navigated puddles of floodwater and sewage.

The effects of climate change are being increasingly felt in Sindh, and they are taking a particularly heavy toll on these communities of subsistence farmers, nomadic tribes, as well as on those living in urban slums.

If anything is to be learnt here, it is that climate change is a threat to our communities and the danger it poses is constantly on the rise. Therefore, it is time for us to sincerely acknowledge this problem and start taking meaningful measures to address it.

This story was supported by WFP, Arestories, and first published on Dawn 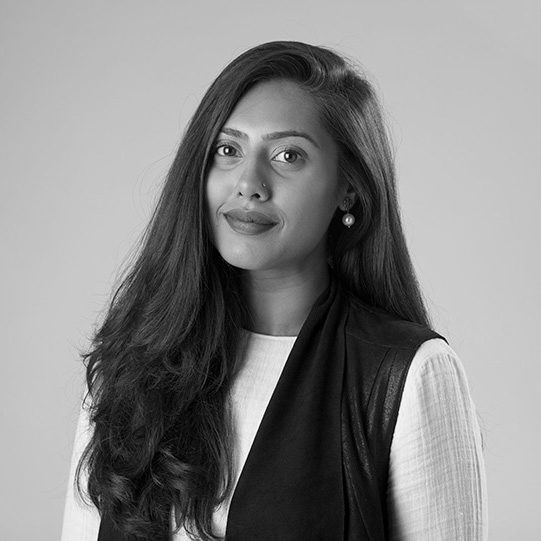 Saiyna Bashir is a Pakistani photojournalist, with an interest in covering stories of women from vulnerable communities.