One of Africa's last great wildernesses faces an immediate threat from a proposed oilfield led by a Canadian oil and gas company.

The Okavango Delta in Botswana, designated as one of the seven wonders of Africa and a UNESCO World Heritage Site, is formed as the 1700 kilometre Okavango river flows into the Kalahari desert from Angola. The river spans three southern African countries; Angola, Botswana, and Namibia. The landscape of the interior delta consists of permanent marshlands and seasonally flooded plains and is inhabited by native plants and animals uniquely adapted to the region’s distinctive climatic and hydrological processes.

It's home to some of the most endangered animals in the world, including the African bush elephant — the largest living terrestrial animal. The African elephant is on a rapid decline, largely a result of a poaching crisis and habitat destruction. The last remaining population of this unique social creature is under threat from a proposed massive oilfield led by Canadian oil and gas company ReconAfrica.

Home to this elephant, Botswana and its neighbouring country Namibia have distinct political landscapes and histories but share magnificent wildlife and natural resources. Botswana, a landlocked country, also shares boundaries with South Africa, Zambia, and Zimbabwe. In the late 1960s, the nation was one of the poorest countries in the world but has since recorded significant development — transforming to an upper-middle-income country and one of the fastest-growing economies in the world. It enjoys abundant natural resources, a stable political environment, and a competitive banking system. In addition, the deltas, savannah, rivers, grasslands, and diverse wildlife make it a hotspot for tourist attractions.

Namibia is situated on the southwestern coast of Africa and is characterized by its vast deserts and towering sand dunes. It is sparsely populated and ranks as the driest country in sub-Saharan Africa. Following the Namibian war of independence, Windhoek has enjoyed stability since gaining independence in 1990 from South Africa. Its economy remains integrated with South Africa due to its shared history and is highly dependent on the mining industry for revenue. With the nation’s diverse and extensive wildlife and ecosystems, tourism is another key component of the national GDP. Despite both countries’ transformation to upper-middle-income countries, extreme inequalities persist in income distribution.

Tens of thousands of Africa's elephants under immediate threat

Botswana is home to 130 000 elephants and accounts for a third of the last remaining elephants in Africa. According to the International Union for Conservation of Nature, the number of African forest elephants fell by more than 86% over a period of 31 years, while the population of African savanna elephants decreased by at least 60% over the last 50 years — events blamed on poaching and habitat fragmentation. The interface between people and elephants remains a contentious issue in the area as expanding elephant ranges — driven in part by habitat loss — is at odds with growing human populations and an ever-growing demand for agricultural land.

Mitigating the impacts of one population on the other is no small task and governmental efforts continue to draw criticism from conservationists and local constituents alike. In one such effort, the Namibian government has recently moved towards reducing its elephant population with the controversial auction of 170 wild elephants — citing the same human-elephant conflict. Despite earlier and largely successful conservation efforts, Botswana still remains a hotspot for illegal poaching of elephants for meat and ivory products. In addition, the nation, earlier lauded for its conservation efforts, is considering withdrawing from the global wildlife trade convention (CITES).

Poaching isn't the only threat faced by African elephants. Last year, an estimated 350 elephants died mysteriously in the Okavango Delta, an event that scientists believe to be caused by cyanobacteria — toxic algae found in water bodies at an increasing rate as a result of global heating. The mysterious death of 39 elephants was also recorded in the first 3 months of this year at the Moremi Game Reserve — about 100 kilometres near the Okavango Delta (ScienceNews).

An enormous oasis with rich ecological diversity, the 'Jewel of the Kalahari' is one of Africa's last great wildernesses. The proposed massive oil field which is expected to stretch across Namibia to Botswana is the latest threat to the ecosystem, the elephant population, and other native species. ReconAfrica, a Canadian oil and gas company, has been granted an exploration license by the Namibian government. The license covers the entire Kavango sedimentary basin — and, on successful exploration, entitles the company to a 25-year production license. The company, listed on stock exchanges in Canada, the US, and Germany, also holds a 100% interest in a petroleum license in northwest Botswana.

Drilling sites and construction of roads and refineries won't only lead to displacement and migration of the elephant and subsequent exposure to poachers, but will also devastate the ecosystem and critical water supply upon which other animals, as well as local farmers in the Okavango Delta, depend. Impact on the region’s water supplies is a key concern as exploration goes forward. If hydraulic fracking is employed, for example, immense quantities of water will need to be drawn from strained supplies and the risk of pollution of surface and groundwater will be further magnified. Despite calls and warnings from scientists, conservationists, and local communities of the devastating impacts of the project, ReconAfrica and its partners argue that the socio-economic benefit from the proposed oil field will bring much-needed development to the region.

This position also enjoys support from a section of the public that believes the benefits outweigh the dangers. "The Kavango region has one of the highest poverty rates in Namibia and this development offers a path out of poverty. This activity stands to create employment and contribute to the GDP of Namibia, and if a few elephants have to perish, one can deduce that to collateral damage", says one Twitter user reacting to a tweet in opposition to the move. Others including Marilyn Smith, director of The Energy Action Project which launched a petition — called on ReconAfrica to pursue clean energy: "As a Canadian who grew up in the Alberta oil patch and has subsequently worked for international organisations that make the case for a just, clean energy transition and for the important social and economic contributions of preserving rich biodiversity, I cannot remain silent in this case".

ReconAfrica and the Namibian government have declared their intention to cooperate with government agencies and local groups and comply with environmental laws. However, videos on the company’s website reference regulations put in place in 1992 and 2007 which are unlikely to align with the 2015 Paris Agreement which Namibia has ratified.

Over 640 million Africans lack access to energy, a significant figure which corresponds to an average 43% electricity access rate – the lowest in the world. Blessed with abundant natural resources, Africa has considerable oil and gas resources, with progressive exploration and discovery of new reserves. Sub-Saharan Africa is the world's poorest region, and despite its enormous natural resources, it is faced with high poverty rates, unemployment, weak governance, and development. Lack of access to energy constrains socio-economic development and efforts to improve the quality of life. The region is also on the frontline of the impacts of climate change with persistent drought, flooding, and extreme temperatures and weather.

Currently, Botswana is heavily dependent on coal-fired plants for its energy needs — and 50% of its power requirement is imported from South Africa and Zambia. The proposed oil project is expected to stabilize its energy industry and bring huge economic benefits to over 2 million people. Namibia’s electricity, on the other hand, is primarily generated by hydropower, with about 60% of its total electrical energy requirement imported from South Africa.

Transition to clean and sustainable energy has progressed significantly across the continent, albeit the oil and gas industry still blooms. Earlier this year, The International Energy Agency (IEA) released comprehensive reports warning that the exploitation and development of new oil and gas fields must end this year for the world to be within safe limits and achieve net-zero emission by 2050.

Botswana and Namibia have massive solar potential — in fact, Botswana has some of the highest levels of direct normal solar irradiation in the world. Namibia is the 4th largest uranium producer in the world — accounting for 10% of uranium worldwide. Uranium is significant for nuclear energy production and this can be included in the country’s energy mix.

Evidently, the two nations possess alternative means to generate the amount of electricity needed. A sustainable way forward will require both countries to develop a detailed clean energy strategy to ensure socio-economic progress that doesn’t come at the cost of the vital Okavango Delta ecosystem. 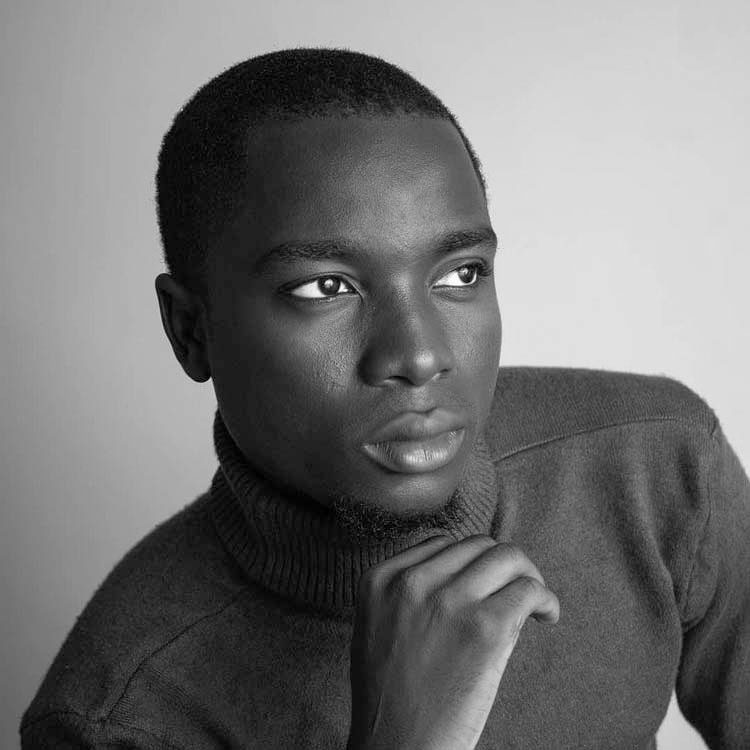 Almustaqim Balogun is a development journalist from Nigeria, with over 3 years of experience promoting Sustainable Development Goals.