Mozambique's port city of Beira was badly hit by Cyclone Idai two months ago. While working for the Arcadis Shelter programme, Dutch engineer Bas Agerbeek travelled to Beira to help with the reconstruction. How are the residents recovering their city?

"Food! Food!" It is early in the morning. Along the side of the road, women are shouting while they make food gestures. I'm standing in the back of a truck. Domingos, an engineer of the Beira drainage department, is standing next to me and he laughs uncomfortably as we drive past the women. When we look back, they slowly disappear in the destroyed slum of Chota.

Cyclone Idai landed on the night of March 14, 2019 near the coast of Beira. It turned out to be one of the most catastrophic tropical storms ever, along the east coast of Africa. Idai made scars in the landscape: with wind speeds of 185 kilometres per hour on average, two-thirds of all roofs in the slum of Chota were blown away.

After the storm, three days of extreme rainfall followed, which resulted in flooding. I see the impact everywhere around me: Fallen trees and electricity poles, large puddles of brown water, construction waste and plastic sheets covering roofless houses. How do people live with the scars of a natural disaster?

Adri Verwey and Kees de Vries, both Dutch water experts, are sitting in the front seats of the truck. We are on our way to a suburb to inspect the drainage system. This mission is initiated by the Rebuild Beira Task Force, a collaboration between the local government, the Dutch Ministry of Foreign Affairs, the development organisation of the UN-Habitat and the Arcadis Shelter program.

They will present their recovery plan at a national donor conference on 31 May. It contains proposals to thoroughly rebuild the city and make it more resilient to future natural disasters. The African Development Bank, World Bank, European Union and other donors will then decide how much money they will spend on which projects.

In the recovery plan almost $200 million has been reserved for the city's drainage improvement. When we arrive at our destination, it becomes clear that this investment is desperately needed. The drainage system is not functioning well. The ditches are largely overgrown with plants and filled with construction waste and plastic.

And this is not caused by cyclone Idai, but due to a lack of capacity in the municipal drainage department. Apparently, the ditches have been insufficiently maintained and dredged in the past five years. (We interviewed Victor Langenberg earlier on this topic).

Cyclone Idai has exacerbated the situation because the ditches could not handle the extreme amount of precipitation that came with it. The slum of Chota flooded: Drinking water wells were contaminated with faeces from latrines and sewage water, which led to a cholera outbreak.

I am standing next to Domingos in front of the ditch, which is filled with plastic. We take photos of a damaged bridge. The wall next to it has fallen down and stops the flow - a small blockage compared to the amount of plants and waste in the water. It immediately becomes clear to us: a functional drainage system and sustainable waste management are essential prerequisites for future mitigation of flood risks after heavy rains.

Domingos asks if I can share the photos of the bridge with him, so that he can report the damage. He says that his phone doesn't capture the coordinates of photos. Therefore he never knows exactly where to find back the damage on a map. I show him how he can turn on GPS geotagging for his mobile camera, and how he can see his photos on a map using Google Earth.

The drainage department of Beira needs training on the maintenance of their projects. Switching on GPS geotagging on Domingos' smartphone is a minor intervention, but it hopefully contributes to making the city more resilient.

Major interventions are expected after the donor conference. First, the city council of Beira has to collect 888 million dollars to invest in coastal protection, housing, roads, and drainage and sewage systems. The residents of this affected city count on the international community.

The President of the World Bank recently visited Beira. That is a hopeful sign. 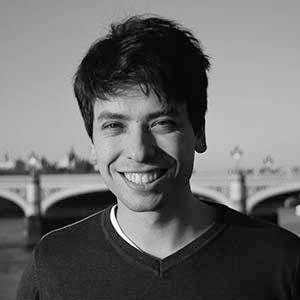