It is impossible for us to survive without water. Water is our basic right. If there is no water, civilisation will not survive. If that water has to be measured and consumed, then how terrible and unimaginable it is! Residents of Mundumala municipality of Tanore sub-division in Rajshahi district are living in such a situation.

Mundumala municipality is about 42 metres above sea level. The average annual rainfall in Bangladesh is about 2,500 mm. In the Barind region – also known as Varendra, under which Mundumala falls, the annual rainfall is 1,000 to 1,200 mm. In clayey soil, as in parts of Barind, the percolation is only about 10%.

According to data from the Bangladesh Food and Agricultural Organisation, in 2011 about 69% of the country's water needs were met by groundwater and 21% by surface sources. A maximum of 90% of these two water sources is used for agriculture and industrial purposes. Only 10% of the water is for domestic use. Of this, 5% is used for food and livestock.

Lack of water for irrigation

In most areas, surface water is used for 50% of irrigation needs. But about 93% of the Barind region is irrigated with groundwater. But the water that is being utilised is not being replenished, due to scanty rainfall. So people do not get water in the hand pumps drilled for domestic purposes.

According to the Agriculture Research Institute, it takes 3,000 litres of water to produce one kg of boro rice. Barind produces a major portion of boro paddy in Bangladesh. About 1,500 government deep tube wells and about 30,000 private deep tube wells are used to pump groundwater for irrigating the boro paddy crop.

Chairman of Badhair Union said, "Though Indians use the water of Farakka dam for irrigation, it is a problem for us." India built the Farakka barrage across River Ganga in the 1970s. As Bangladesh is a lower riparian country that depends on the Ganga for its water needs, the barrage has affected the flow. Due to the Farakka Dam, the ground water level in Padma, Madhumati, Arial Khan and Gorai rivers is declining.

"If we can take water from Padma and cultivate, then the problem of drinking water will be reduced a little," he said. Padma is a tributary of Ganga in Bangladesh. Many people are cultivating mango and guava instead of paddy as there is no water. These cannot be alternatives to rice, since rice is the staple and gives food security.

"There is a lot of mango cultivation in our Barind region but it is not our staple food. About 67% of the national demand of rice is grown in the north and it is not possible to fill that deficit with mangoes available for a month. Mango is becoming a crop of the rich, not for the common man," said the chairman.

With thousands of tube wells pumping water for irrigation, no one gets water in the public hand pumps installed for domestic needs. A weak water and sanitation system is increasing the incidence of various diseases. As a result, economic potential is being wasted. There is no way people will look for alternative sources during an emergency.

Consumers are being deceived in the name of bottled pure water. Moreover, many people are not in a position to meet their daily need by buying bottled water.

The mayor of Mundumala municipality said that recently he had to get water supplied from a source that is 5 km away because none of the tube wells had water.

They attempted in a few more places but to no avail. He said that water would need to be brought from distant sources to make drinking water available for the residents of Mundumala.

Akhlima Begum of Mundumala said, "We measure water and consume. Otherwise, where can I get water when it is urgently needed. When I go to fetch it, it takes up to three hours because of the long queue." Many villagers are using water directly from the pond. Some use the pond water after treating it with alum.

Water level in Natore, Tanore, Rajshahi, Naogaon, Nawabganj, Pabna and Sirajganj areas under Barind of Rajshahi division has gone down from 36 metres to 43 metres in about a decade. Due to climate-induced erratic rainfall and drought, ponds and rivers have dried up, leaving people in most parts of the country, especially those in Mundumala, with acutely inadequate potable water. 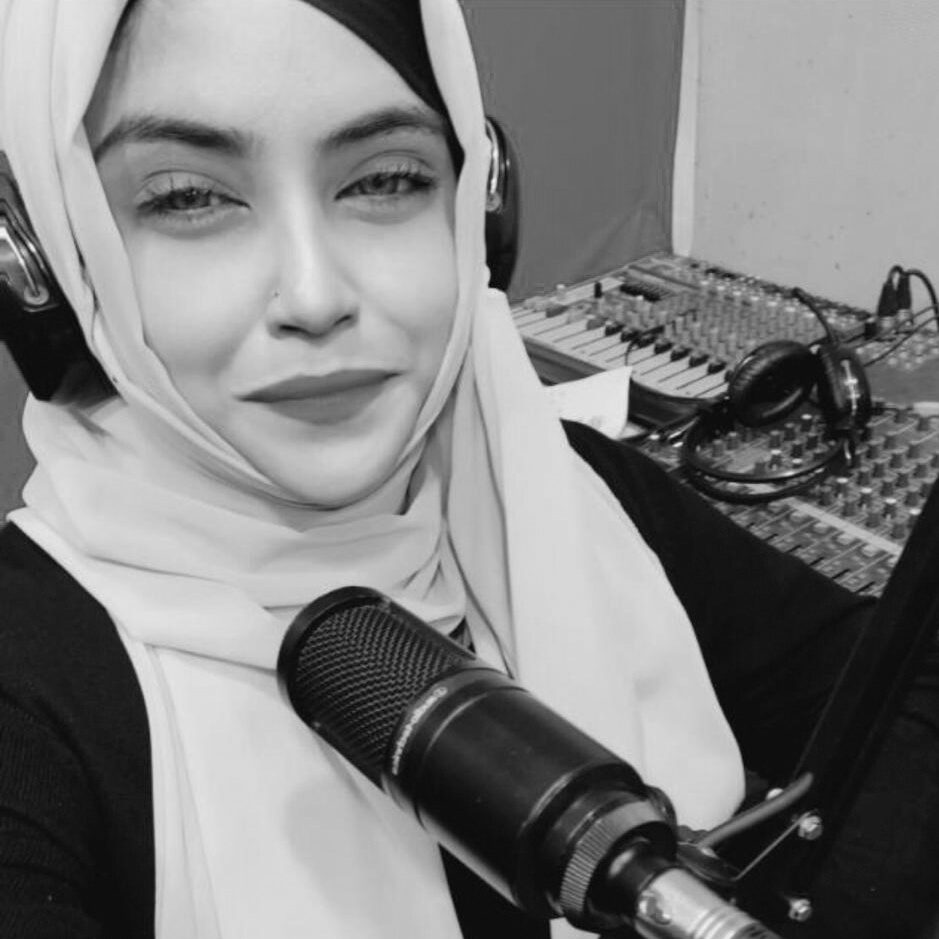 Anika is a radio presenter on Radio Padma 99.2 FM. She lives in Rajshahi along the Padma river in Bangladesh.