Chhath Puja, dedicated to the Indian sun god Surya, is a popular festival celebrated with fervour across northern and eastern India. River Yamuna which is central to the worship is so polluted that devotees have to offer prayers immersing themselves in foam-covered water.

Chhath Puja, an ancient festival celebrated in honour of India’s sun god Surya, has its origins in the Indian states of Bihar, Jharkhand and Chhattisgarh, and in the neighbouring country Nepal. However, its popularity has now spread not only across northern and eastern parts of India, but also across the world, introduced primarily by the diaspora.

Celebrated six days after Diwali, the festival of lights, Chhath Puja falls in the lunisolar month of Kartik (October-November of the Gregorian calendar). It is often referred to as a solar festival since the principal god is Surya, the sun god. It is also called Surya Shasthi Vrat, with the word chhath originating from shasthi or the sixth day of the new moon.

The goddess Chhathi Mai, also known as Usha, said to be Surya’s consort, holds a significant position of reverence and worship. Interestingly, this is one of the few solar festivals that start at sunset rather than sunrise. This is not a gender-specific festival, but has traditionally and socially been women-centric, partly also because Chhathi Mai is believed to be the goddess who protects children, ensuring their longevity and good health.

Apart from the popular lore associated with Chhath Puja, the festival also has a connection with agriculture. This can be considered a post-harvest festival, as worshipping the sun is a show of gratitude for the bountiful harvest in the season just ended, rice being one of the crops harvested at this time.

The four-day celebrations attract so many people that city and state authorities often have to make special arrangements. Last year, thousands of Hindu men and women observed the Chhath Puja. For four days, devotees from northern India and Nepal fasted, made offerings of sweets and fruits, and immersed themselves in sacred rivers — particularly the Yamuna.

One of India’s most sacred rivers, it has turned into one of its most polluted

In fact, it’s the festivities around the Yamuna that were the most striking. One of India’s most sacred rivers, it has turned into one of its most polluted as institutional neglect has allowed industrial effluents and untreated sewage to flow into it over the years. Environmentalists have now labelled the river covered in foam as ‘ecologically dead’. Though successive state governments promoted plans to clean up the river, none has succeeded yet.

However, for millions of Indian citizens, the Yamuna remains a key water source and resonates deeply with their faith. So deep is their faith, that thousands celebrate the Chhath Puja by taking a holy dip, despite Yamuna’s polluted waters being covered in toxic foam. 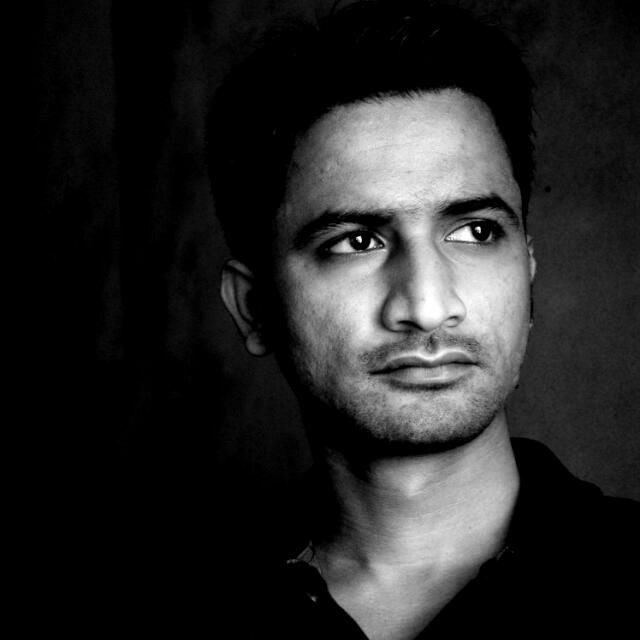 Abhishek is a photographer from New Delhi, India.