As the sea level rises and storms rage agriculture fields, salinity is turning out to be a major issue for farmers in the Sundarbans. However, indigenous crops survive salinity much better than hybrid crops, finds Namrata Acharya, who interacted with scientists and farmers in the Sagar island in the region, while documenting the plight of farmers affected by climate change.

In the Sundarbans, the world’s largest delta carved out of a crisscross of rivers, raging storms are an annual event. Some of the biggest storms in the region — Aila in 2009 and Amphan in 2020 — have caused catastrophic damage. Coupled with these massive storms, the rising sea level has made things worst.

I visited the Sundarbans in the second week of February 2021 to understand the impact of extreme natural events on the lives of people in the region.

Amidst the serenity of the quietly flowing river, I could not miss the sight of broken embankments, marooned houses on the shores, and landmasses sliced like a neatly cut piece of cake. My boatman tells me, some of the embankments were broken about a decade back when Aila hit the region in 2009. However, repeated attempts to repair them failed as the ferocity of waves broke the embankments every time they were repaired.

Beyond the visible damage was also the not-so-visible erosion of livelihoods, mostly farming. During my visit to Sundarbans, I spoke with scores of farmers. Two of their most common and pressing problems were — falling productivity and loss of income.

I met Amales Misra, a retired scientist at the Zoological Survey of India, who has dedicated a large part of his life in the Sundarbans, helping farmers restore their income.

He recalls, a particularly devastating event in 2014, hardly known to anyone outside the Sundarbans — a silent storm that ravaged several villages in the Sundarbans in the year 2014. That year, monsoons were delayed across India, leading to a prolonged spell of a dry waves.

However, in the month of September, it rained so heavily that at least ten villages in Sagar islands, one of the biggest islands of the Sundarban region, were found to be inundated with saline water from the sea. Villagers woke up to see their farms devastated as salinity seeped in farms, Misra tells me.

Salinity is not conducive for farming as it reduces the amount of water that a plant can absorb from the soil.

“During a normal season, the saline content of the water is less than 2 PPT (parts per thousand). In 2014, rains were delayed. That year the salinity was as high as 10 PPT. It was very difficult to grow any plant under such a situation,” said Misra.

Once the floods were over, while almost all the paddy fields in the inundated villages were destroyed, Misra observed that new shoots of paddy started growing from the non-hybrid, local variety of paddy seeds.

This was the genesis of what led to a project to advocate indigenous varieties of paddy seeds by Misra under the banner of a non-government organization (NGO) called Paribesh Unnayan Parishad.

The NGO also got a fund of Rs 20 lakh (about $ 26500) from the United Nations Development Programme (UNDP) to encourage the use of indigenous varieties of paddy seed, which were found saline resistant and adaptive to extreme weather conditions.

Initially, the organization worked with close to 20 farmers. Presently, nearly 400 farmers were involved in the indigenous paddy cultivation across the Sundarbans under Paribesh Unnayan Parishad.

The organization runs in a cost-benefit-sharing model. This entails, that while the farmers are given seeds free of cost, they are expected to return double the amount of seeds after cultivation to Misra’s NGOs. These seeds are again distributed to a new set of farmers.

One of the biggest challenges in rolling out the project for advocating indigenous varieties of paddy was the unavailability of the seeds as only a handful of farmers grew indigenous paddy. The yield from the high-yielding variety is generally more than local variety of seeds, and therefore more remunerative. As a result, many traditional rice varieties of paddy have already become extinct.

Sea-level rise in the Sundarbans is more pronounced than in other parts of the world.

A 2018 study by climate physicist Chirag Dhara on the extent of sea-level rise in the Sundarbans says, “Waters of the Bay of Bengal have been rising up to twice as fast as the global average at about 4.4 – 6.3mm a year as rising in temperature in the region is rising faster than other regions.” With increasing temperature, the volume of water in the sea expands and intrudes into landmasses.

Nearly 17,800 hectares of agricultural lands may have been damaged because of saline water from seas entering the farms post-Apmhan alone, according to a study by Supatra Sen, associate professor, the department of Botany, Asutosh College, Kolkata.

“Extreme sea-level projections for the Ganga-Brahmaputra-Meghna delta show an increased likelihood of high-water events through the 21st century, partly due to the delta not having enough sediment for maintenance of its current elevation relative to sea level,” says a report by the Observers Research Foundation (ORF), January 2021.

Another study by Anwesha Haldar and Ajay Debnath from the Department of Geography, Calcutta University showed that post-Aila the salinity in Gosaba island in the region increased from 0.1 percent to 5.25. Among other measures, the authors recommend the use of saline-resistant of paddy seeds to counter this salinity intrusion.

“Salinity is highest in the Sundarbans in summers. Also, it is higher in areas near the banks of the rivers. In these situations, saline-resistant paddy can be very useful,” said Sudipta Tripathi, Agricultural Experimental Farm, Calcutta University.

Farmers too have seen benefits on the ground from sowing indigenous varieties of paddy seeds. According to Renuka Maiti, a farmer who has been growing paddy under Misra’s NGO, the yield from Canning 7 (a saline-resistant and indigenous variety of paddy seed) is good, and the quality of rice is better compared to the hybrid varieties.

“The shoots are healthier, and greener and the rice is also tastier from the indigenous paddy seeds. These plants can also withstand storms and floods,” she said.

However, despite many benefits of using local varieties, for farmers, there are still multiple issues on the ground. Non-availability of organic manures and non-remunerative price of production are a few.

“The produce is good, and the local varieties are more resistant to extreme weather conditions,” said Tuhin Mondal, a farmer in Sagar island, who along with 20 farmers has been growing an indigenous paddy variety of paddy.

“The problem is, while we are getting a good yield, we are not able to sell it. We are incurring a loss of nearly Rs 2000-3000 ($27-40) per quintal of rice production. This land is only suitable for paddy, so we have no option but to cultivate paddy only.”

Ajit Kumar Mondal, another farmer from Sagar Island, said while the indigenous paddy variety of paddy was suitable for the weather conditions in the region, procuring organic fertilizers has been a problem.

At the beginning of the 1960s, India saw the advent of the Green Revolution or a drive to use a hybrid variety of seeds. It changed the food security landscape in India, making India self-sufficient in food production. In the 21st century, as climate change manifests itself in various ways, indigenous varieties of seeds could be the answer to the changed reality. 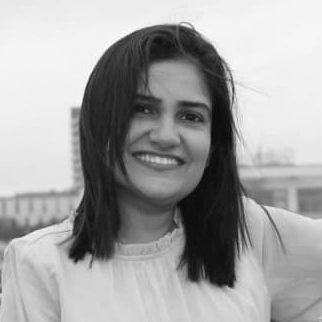 Namrata is an independent journalist based in Kolkata, India. She writes on issues related to economy, finance, public policy and environment.

Author’s views are her own and do not reflect that of our organisation.