An ancient, nature-based method of rainwater harvesting is being used to re-green the desert in the Dodoma region of Tanzania. The heroes of this story are the local communities and farmers, who work alongside the LEAD foundation and Justdiggit to plant over 14 million trees.

Dodoma in Tanzania has a population of around 2,5 million people, of which 90% rely on agricultural and pastoral lands for livelihood. Unfortunately, this region has been severely affected by environmental degradation and desertification, resulting in it being one of the most degraded regions in the country. Therefore, it is key to protect and conserve, but also restore the environment to improve the livelihoods and resilience of communities.

Re-greening the Dodoma region of Tanzania

As part of the goal to re-green Tanzania, the Dodoma-based LEAD Foundation partnered up with an international organisation from the Netherlands, the Justdiggit Foundation.

The rainwater harvesting techniques have been used around the world throughout history. The technique uses half-moon bunds or 'earth smiles' to capture rainwater which would otherwise wash away over the dry and barren soil.

The rainwater is slowed down and stored temporarily behind the bund, enabling the water to infiltrate the soil. This allows seeds which were still present in the soil to grow, re-greening the bunds as well as the spaces in between. Further destructive erosion by gullies is also prevented and, in some cases, reversed.

The Kisiki Hai technique is particularly well-known in semi-arid countries in West Africa and it is being implemented on a large scale by the Justdiggit foundation in Kenya. The program aims at vigorously scaling up these techniques which are fast, low cost, and sustainable.

Bringing back vegetation in the most degraded landscapes will help to restore farm soils, pastures, agro-forestry, ground water, and attract more rain. The program is currently being implemented in the whole of the Dodoma region.

LEAD Foundation and Justdiggit have already trained 1,300 facilitators in Dodoma, who are expected to reach over 180,000 households. On top of these trainings, they also created a film which informs and inspires people to re-green their land. The film is shown to 324 communities in the region, reaching almost 200,000 people.

During the project, all Kisiki Hai facilitators have been given a smartphone. The use of smartphones is a valuable addition to the monitoring and evaluation of the program. With the help of an app installed in the phone, necessary data can be collected to track how all farmers are taking up the Kisiki Hai method, and how many trees are being generated by this technique.

This program targets half of the households in the wider Dodoma region, thereby reaching 900,000 people, restoring 180,000 hectares of farmland, and regenerating 14 million trees in the process.

Besides implementing this ecosystem-recovery program, LEAD Foundation and Justdiggit are also raising awareness. Together with one of their leading media partners Havas Media, their developing positive global on- and offline awareness campaigns.

They also use education programs to inspire, unite, and activate an entire generation to restore the soils. Media exposure is essential for them to showcase their programs and create awareness.

Thanks to the support of Havas Media their first Swahili campaign has been broadcasted on local radio stations Dodoma FM and Sunrise FM, and their campaign is visible on JCDecaux billboards throughout large parts of Tanzania.

What has been achieved?

Over the whole region, the Re-greening Dodoma program is working together with 1,300 champion farmers or 'heroes' who have received an intensive training from us. These champion farmers share knowledge with the people in the countryside. In each village we have around 4 champion farmers where each champion farmer has a goal to reach at least 150 households.

Within two years, the champion farmers have reached over 200,000 households and 145,000 of these have adopted the Kisiki Hai re-greening technique. This has resulted to restoration of over 4 million trees through the Kisiki Hai method.

One exemplary project has been the rainwater harvesting project in Pembamoto village, Kongwa District, Tanzania. The project aims to bring back vegetation on 80 hectares of severely degraded land, making it once again useful for farmers and pastoralists. Within this project, 5000 bunds or 'earth smiles' have been created.

A green Dodoma is surely in the making.

What has been learnt?

From our experience in the Dodoma region, it seems that changing mindsets is of upmost importance when aiming to create lasting change. People must become mindful to re-connect with nature, and actively think how we can combine agriculture, daily life, and nature through methods such as Kisiki Hai and agroforestry.

This reconnection with nature can also foster our ability to live from the heart, with passion and compassion – which is essential to live a sustainable life. When we are aware of nature, we can intuitively feel what needs to be done for the better of ourselves and the whole.

On top of this, ownership of the project must be given to local communities while making people aware of their responsibility and capability. Local communities are the ones who get their hands dirty and make the change, so they must be enabled to evolve and adapt their project to new challenges.

Everyone makes a difference. We act independently, but collectively we make a big difference. 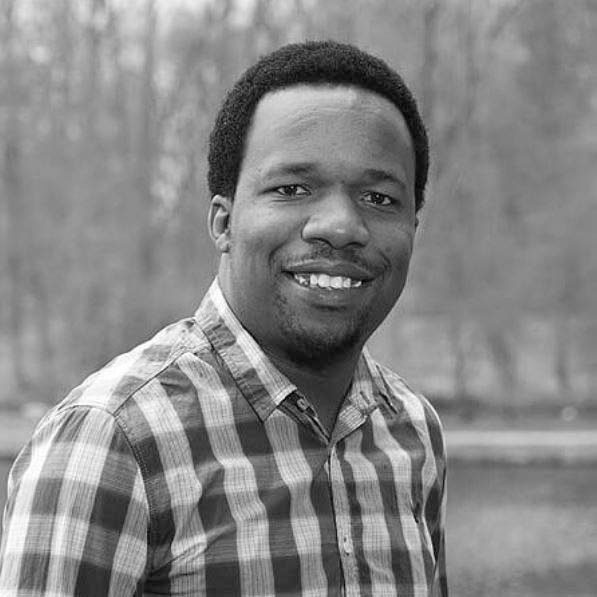 Godlove is a Tanzanian communication and marketing specialist at LEAD Foundation and Justdiggit.