A photographic profile of the Jaladash, an impoverished community being swamped by a rising sea.

They are called Jaladash (servants of water). Hereditary fisherfolk living along the mouths of the Meghna river and the coasts of Chittagong and Cox’s Bazar, this Dalit community now regularly faces one of the most fearsome effects of climate change – the Bay of Bengal swamps their homes at almost every high tide.

The oldest traditional fishing community in Bangladesh, around 600,000 Jaladash also battle extreme poverty, serious shortages of drinking water, healthcare, education, formal banking facilities and now loss of livelihood. They are routinely affected by the Bangladesh government’s fishing bans to let fish stocks improve; at other times, they are hit by the drying up of various rivers and creeks in the Ganga-Brahmaputra-Meghna delta due to dams and barrages upstream. Over the last two decades or more, they have also had to deal with increasing salinity that affected their freshwater sources, pollution and sea level rise.

There are hardly any government or non-government organisations offering technical or credit support to the Jaladash to improve fishing efficiency or management. Liton Jaladash, president of the North Chattala Coastal Fisherman Jaladash Cooperative Welfare Federation, said, “Life is not good. We fish but we do not get food every day. We have to survive, but it is hard.”

Almost no member of the Jaladash community owns any land, so farming or aquaculture are not options open to them. They use the same fishing nets that their ancestors did. The large-mesh nets allow fingerlings to escape and are therefore more sustainable, but these fishers lose out to the modern trawlers that use nets with miniscule meshes and catch juveniles that they either discard or sell to fishmeal factories.

Increasingly, Jaladash youth are being forced away from their traditional livelihood and end up as rickshaw pullers or unskilled labourers in urban areas, including Chittagong and even as far as the Bangladeshi capital city of Dhaka, around 250 kilometres inland.

This story was first published on The Third Pole. 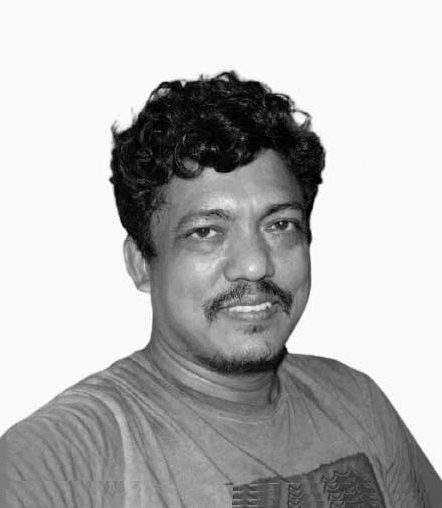 Rafiqul is an award winning Bangladeshi environmental journalist. With more than 30 years of experience he is publishing for national and international media. Rafiqul has established the 'Coastal Journalism Network' to improve coastal journalism in Bangladesh.