We can't afford ignorance on climate change, says Sohan Rahat. He is capturing the images of the landscapes and people in Bangladesh affected by a changing climate. It is about time to act and start talking about it, at least with your family and friends.

Climate change only exacerbates the struggle of many women in Bangladesh. This includes both physical and mental trauma, running in a vicious cycle. Parents arrange marriages at an early age, believing that their child will have a good life at their new home. But, when there is no home after the cyclone many women are left with nothing. The patriarchal society never made it easy for women, and natural disasters only make this worse.

Some of the women who escape an arranged marriage, end up in the city slums and are preyed on by traffickers. They end up taking low-paying, risky jobs in garment and other factories. We have seen the fate of many in RANA Plaza and Tazreen garment's fire tragedy, but we do not know where many of them came from or where they went afterwards. Those who do not work in the last days of life are left with no choice but to beg on the streets.

A recent report by the UN predicts Bangladesh will be one of the worst-affected countries by climate change in 2050. Climate change is already a reality in Bangladesh as the country has experienced devastating events such as flooding, cyclones, and more over the past decades. But the impact of climate change on human lives is rarely discussed.

The rising number of internally displaced people due to river erosion, cyclonic storms, saline intrusion, and crop failures are pushing the coastal people towards an unwanted life. Studies indicate that the number of forced migration could be around 13 million by the end 2050.

We can see the situation plain as day during the cyclone season. People try to stay in their homes as long as possible, but the changing climate pushes people to unbearable situations. People who have somewhere else to go leave their homes after the cyclone, and those who have nowhere to go, like Zarina, keep changing their location from embankment to embankment, hoping to survive until the next cyclone.

Bangladesh has one of the highest numbers of internally displaced people due to climate migration in the world. Life is tough for the people who migrate to nearby cities since the never-ending survival war places them into megacity slums. This internal migration happens slowly over large periods of time; we can't even imagine what is waiting ahead of us.

Approximately 700,000 Bangladeshis were displaced on average each year by natural disasters, according to the Internal Displacement Monitoring Centre. Alongside Dhaka's megastructures, Dhaka's tin roof slums bustle with the never-ending flow of the climate migrants.

Hot summer days in the tin roof houses conjure up memories of their lost home, but there is no going back. The desperate game of survival puts them into many unhealthy low-paying jobs, with children even joining as a bread earner of the family.

UNICEF estimates that cyclones and other environmental disasters linked to climate change threaten about 19 million children in Bangladesh. Children who live in coastal areas regularly struck by powerful cyclones, are in the dilemma of survival while trying to receive education.

Children growing up in the slums of these megacities have no idea of the joys of free childhood. We have seen them end up in low-paid jobs in factories nearby. In the underground rubble of Bhola Slum of Mirpur, many of these innocent eyes will stare back at you with broken dreams and hunger. Education is a luxury in these slums.

Bangladesh's top climate scientist Dr. Huq works alongside his colleagues in the government to better prepare cities to receive and accommodate climate migrants, meaning that everyone does not have to end up in Dhaka facing the harsh reality of survival.

We can't afford to be ignorant of what is ahead. It is about time to act and start talking about it, at least with your family and friends. We do not have enough climate education; we have to start speaking about it in the public domain. 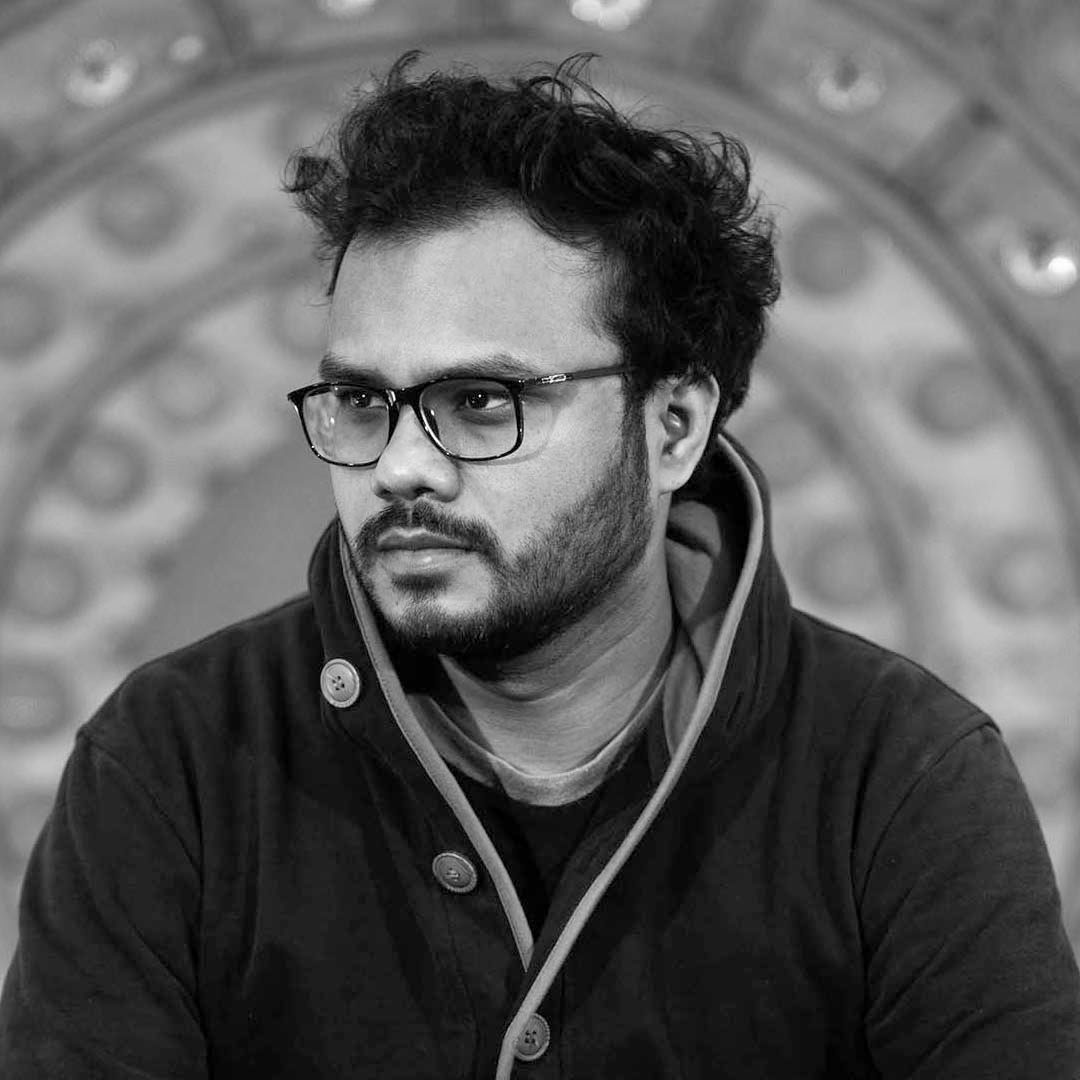 Sohan Rahat is a documentary photographer, producer and writer based in Bangladesh. He is interested in topics like climate change, migration and statelessness.