For people living around Rawa Pening, one of the most polluted lakes in Indonesia, water hyacinths, and not plastics are the cause of worry. The problems of water pollution in the region can only be solved taking into consideration the priorities of locals, writes Engeline Kelderman.

Each year, contaminated drinking water cause 485 000 diarrheal deaths worldwide. Further, globally, at least 2 billion people use drinking water that is contaminated with feces. These statistics from the World Health Organization might seem alarming, but not to everyone. For some, solid waste is part of their everyday life.

What is considered contaminated in one part of the world, is seen as a part of nature in another part of it. This article provides insight into the local understanding of water pollution among villagers in Central Java, and how this understanding shapes their everyday life.

Last year, I studied the perspectives and practices of people living around Rawa Pening, a lake in the Ambarawa Basin in Central Java, Indonesia, in handling solid waste and its effect on the waterscape environment of the region. I wanted to arrive at a better understanding of the concept of 'contamination' in communities, in keeping with the social realities of the region.

Rawa Pening is one of the fifteen highly polluted lakes in Indonesia, which is currently in critical condition due to high pollution levels. The lake is connected to the delta, which leads the polluted water from the lake to spread over a wide area. Stakeholders involved in the lake are the local communities, which comprises farmers and fishermen, the government, and the hydroelectricity and tourism industries.

During my research, I spent a lot of time with the villagers, predominantly fishermen and farmers, from different lakeside villages. In my initial boat trips to the lake in early 2020, I did not see much solid waste in the water. At the first sight, the lake looked clean, with a beautiful mirror glance, blooming water hyacinth plants, and greenery.

When I asked my local translator about the problem of waste, especially plastics, in the lake, I understood, local villagers didn't seem to perceive the lake as polluted. My own observations of a pristine and clean lake did not make it easy to transcend that perception.

However, as I further explored the lake in different locations, including the shores and the region where it met the river, my perception changed.

Pelangi river is one of the six rivers entering lake Rawa Pening from its west side. On one of my boat journeys with a local fisherman, as we entered the Pelangi river from the lakeside, the unspoiled lake changed into a waterbody littered with waste all over.

The water was dotted with water hyacinths, with their stems entangling plastic bags, packaging, flipflops, nappies, and smaller indistinguishable pieces of plastics. The waste covered the banks of the river all the way till Bejalen, a village by the river on the west side of the lake and on the side of Ambarawa city.

At Bejalen, a farmer said that while he was aware of the waste on the confluence of the river and the lake, he personally didn't feel responsible for it. He said, he 'didn't care' as he used a pick-up service for his personal waste disposal.

The local perception of pollution

Most people at Bejalen felt that the waste 'comes with nature'. For them, plastic is a part of the surroundings and the river. In the morning, people wash their children and dispose of nappies in the river, in the evening, the same river, with the sights of colorful houses, turns into a tourist attraction. The river also serves as a site for hobby fishing, even though it is evident that the fish survive in an ecosystem spoiled by plastics.

However, the fishermen don't see the plastics in the river as a problem as they don't see it as waste. Plastics inside the house are perceived as waste and handled. The waste outside homes were not handed to the pick-up service or disposed to waste bins but left on the ground.

The waste on the ground around the villages had a different meaning than the waste inside the house. So was the case with solid waste next to various rice fields, which had been mixed with plastics over a great length of time. These plastics, literally immersed in nature, became a part of it for the villagers.

The locals living near Rawa Pening singularly blame Eceng gondok (the water hyacinth) for water pollution. Attempts to talk about solid waste problems often ended with a discussion of the problems of water hyacinth. 'The problem is not waste but the water hyacinth,' is a statement I often heard while talking about local experiences of problems with the lake.

Water hyacinths are problems because they physically obstruct movement on the lake, break fishing equipment, grow over farmland, narrow the lake, and cut the water supply to the farms. It is the breeding ground for mosquitos, mice and rats who eat the Pary (young rice plants), which ruin full rice harvests.

The Kepala Dusun (village chief) of Calombo summarized the water hyacinth problem as: "Reducing income and changing the ecosystem, with all the consequences of these, with the worst fear that the lake will dry out." Water hyacinth has been growing in lake Rawa Pening for over thirty years and villagers shared how local initiatives are being used to get rid of them. These local initiatives arise because the villagers see government projects fail or do not achieve the needed results.

The problem of water hyacinth is a complex issue because it is both a threat as well as an opportunity for the villagers to generate income.

Fishing is only done by men but harvesting water hyacinth is done both by men and by women. According to most women, it is hard physical work to cut the water hyacinth and to carry the piles of stems onto land to dry. Only the properly dried and aesthetically presentable ones can then be sold.

Depending on the weather, it takes between two to six weeks to dry water hyacinths. Therefore, income comes only after a certain time. The women turned emotional while speaking about their hardships. They said they had no option but to slog hard to earn money because their husbands do not earn enough through fishing to support the households any longer.

There was also the risk of getting trapped in the water hyacinths while harvesting it, they said. The women recall, how many people got trapped for days in the lake before they could free themselves from it. Given that most local villagers often cannot swim, the situation gets even more critical.

Therefore, I observe, local problems influence the perception of pollution. Since water hyacinths pose problems that are immediately perceivable, they are seen as a threat. At the same time, plastics are not seen as a threat as they don't lead to immediate harm.

Interestingly, plastics are perceived as having a place in nature, but the water hyacinths, a part of nature, are often perceived as a matter out of place.

Local insight into a global problem

As the local perception of water pollution at Rawa Pening is different from the global perception, particularly in the western world, the solutions to the problems in the region need a different approach.

Plastics are not consistently considered as waste, and they end up being a part of the waterscape of Rawa Pening. There is a communal consensus in handling the waste this way, and it has turned into a habit. This habit continues to pass through generations. There is a shared perspective that plastics can have a place in nature, and plastics come and go with nature.

At the same time, solving the problem of water hyacinth is a greater priority for the local villagers, as it threatens the income activities of the villagers who depend on this waterscape.

The definition of solid waste in the region changes depending on the context. Because solid waste is generally not perceived as a problem, the local villagers only act sporadically on it. Ultimately, this local definition of a problem influences their perception of water pollution.

To arrive at more inclusive waste and water management policies, it is important to be aware that the concept of water pollution is culturally determined. The idea is to engage in conversations to exchange knowledge and perspectives among policy makers, professionals, and local communities. More specifically, the communal perspectives and practices need to be considered for drawing the notion of the 'right' way to manage water.

Working on resilient waterscapes starts with understanding the local context, and from there to exchanging perspectives. The notion of pollution, in its local definition, determines what problems exist and what problems do not exist. Problems that do not exist cannot be solved, or do not need to be solved. That is the local reality.

The local priority given to the problem of water hyacinth should be taken into consideration in issues relating to water management.

As one of the villagers phrased it: "Do not ignore or work against the communal practices that have grown over time but consider how to work with these practices," recommend taking the local social reality as a starting point to solve the problem in Rawa Pening. 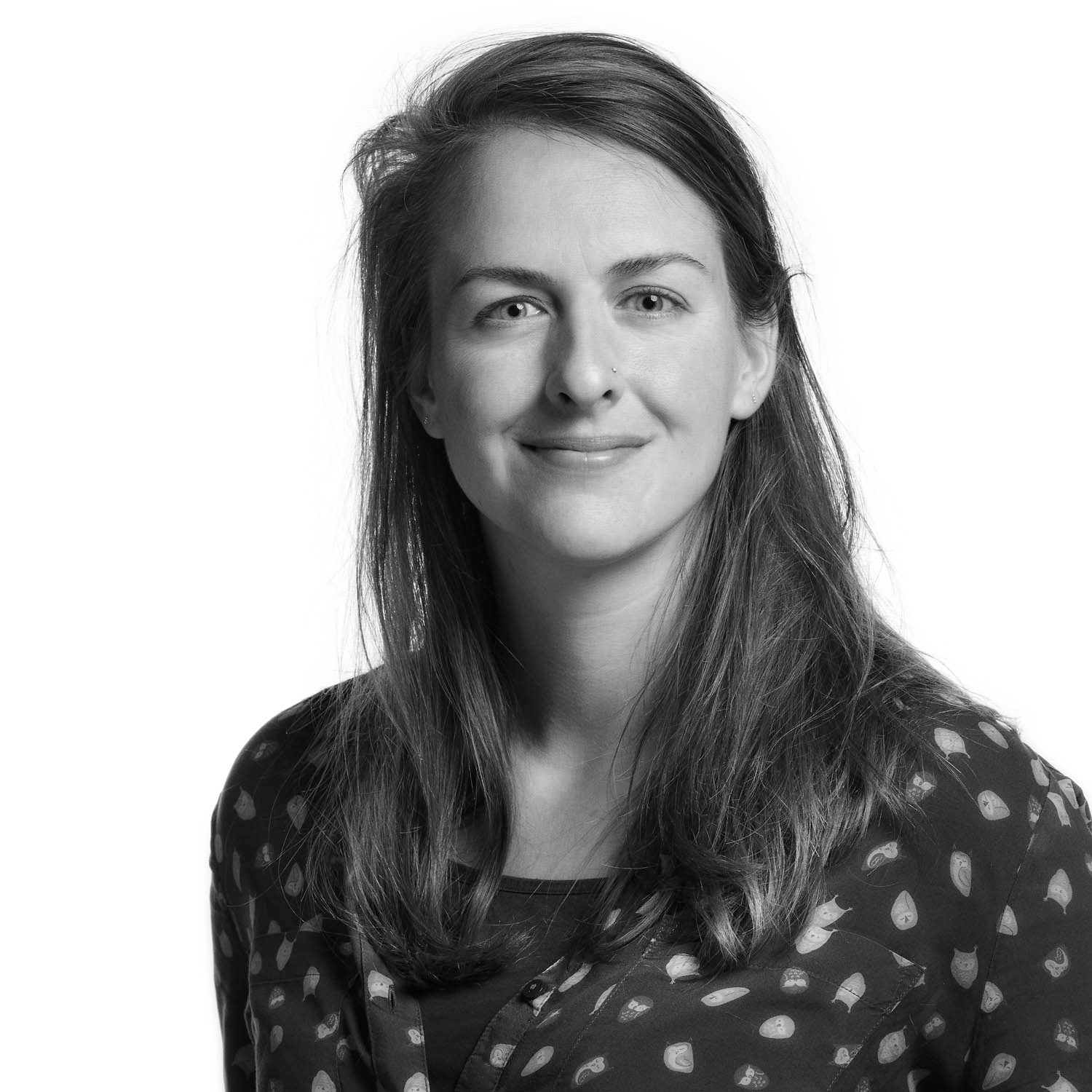 Engeline is an Anthropologist specialised in human-nature relations. She studied Anthropology and Development Studies in Nijmegen, the Netherlands.