'Whose water is it?' Is it the responsibility of just one gender? Is the water and its management a system that belongs only to men and not women? Our Indian storyteller Shruti Singh is on the journey of understanding, and finding answers to these questions.

When I started my master’s course in water science and policy, I had scant knowledge of the water sector. I was yet to become familiar with the challenges in equitable distribution, besides the different social, legal and institutional aspects of water.

But, throughout the course, the social aspect of water was one thing that grabbed my attention. There are people who feel that the water they receive is not enough and that every drop of water is for us humans to use.

These questions made me wonder about the reality that women have to face every day when they are seen as the gender responsible only for domestic water, despite being equal contributors to the agricultural usage of water.

This gendered concept of water has been a part of my life too. While I didn’t have to travel long distances to get water, it was always expected of me to offer a glass of water to any guest who came to my house.

It was my brother who was preferred to use water to wash cars or in any other work 'outside the house' or in the public sphere – just as men are believed to be the best in taking care of irrigation or in spraying pesticides or insecticides in an agricultural farm.

I wanted to observe this gendered aspect of water and link it to government policies and acts with respect to irrigation. I chose irrigation acts of the state of Madhya Pradesh as my dissertation topic.

When we talk about water governance, we mean the rules and regulations that have been designed by an organisation or the state; water in India is considered to be a State-subject, which means that each state can make rules/regulations/laws accordingly for different aspects of water.

The water aspect of agriculture, i.e., irrigation, holds a strong place in an agrarian country like India. Each state has a separate irrigation law (active currently in 19 states) which suggests the transfer of power of managing water from the irrigation officers and bureaucrats to the 'water users', i.e., the farmers.

But when we say water governance or water management, we see the absence of the 'gender lens' in both. The irrigation laws built in states don’t have any specific rules to involve a certain number of women for an equal representation. The same laws don’t specify the definition of a 'water user' (is it only men?) or even a 'farmer' (are women included?) which creates a gender gap on the ground.

Some laws have tried to bring a change: the Andhra Pradesh and Madhya Pradesh State Irrigation Acts, for example, have provisions for women to be involved in the decentralised irrigation management system (also known as Water User’s Association or WUA) as members.

The method of selection of a member is via elections where the existing WUA members nominate from either the other WUA members or the beneficiaries from the canal command area (CCA). The reality on the ground, however, suggests that inclusion of gender is not as easy as it seems on a piece of paper.

I wished to observe the ground reality of the law which had made provision for women to be part of a decentralised irrigation management system. This system places the responsibility of managing water coming through canals in the hands of the user, i.e., the farmer. I wished to see how a law on paper was implemented on the ground.

I went to six different villages in Kukshi and Manawar districts of Madhya Pradesh and got to know the realities. Of the six different irrigation management systems, only one had a woman member.

This lone woman member was not selected by following the general norms of the WUA election (held every five years); she was selected randomly by the other members to showcase gender representation (as told by the organisation staff that helped in data collection during the duration).

At the end of my trip, the primary explanation for women not being part of the water management system was that women’s names were not proposed when elections for members were conducted.

Men did not think of women as equal contributors to agricultural activities; the women too did not consider themselves to be so. The men did not see the women as educated or knowledgeable enough to understand the terminologies and technicalities involved in the management system.

Some men thought that women could not cover long distances at night – when water is released in the canals – to ensure proper distribution of water to each farm land under the command area of the canal.

These perceptions have not only affected the decision-making power of women – seen as eligible only to make household decisions – but is also affecting the future generation. I met a small girl of about 11 years old in one of the six villages who was in her school uniform and was helping her grandmother and her elder brother to collect water from a dug well in one of the villagers’ fields.

When I asked her why she was collecting water and not in school, she replied shyly that she can’t go to school because the school is far and she has to help her grandmother in getting water for her home. This collection of water is detracting hours from the education of children of all ages and genders.

This made me think 'Whose water is it anyway?' Is it the responsibility of just one gender? Is the water and its management a system that belongs only to men and not women?

I am still on the journey of understanding, and finding answers to these questions. 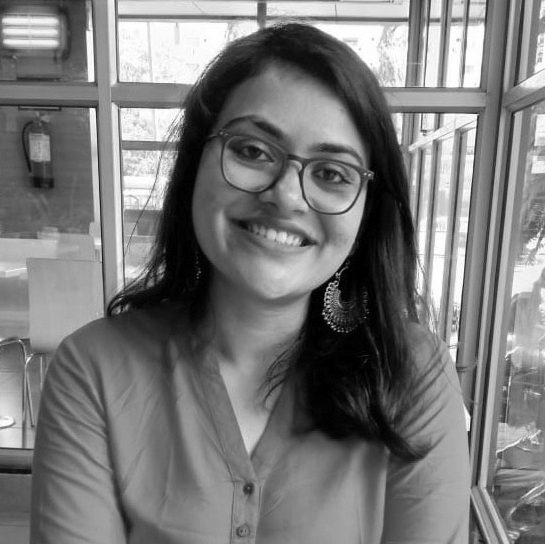 Shruti Singh is currently working as Research Assistant in a coalition of organisations named as ‘Rapid Rural Community Response to COVID-19 in India’ based in Delhi, India.